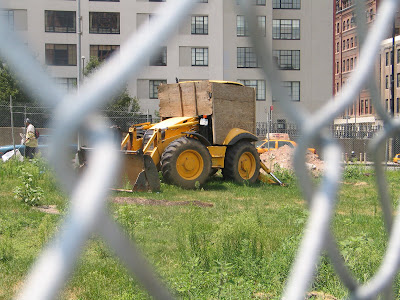 We didn't write for a while. I guess it has something to do with the feeling that the tour is somehow dying out, or to be more precise: It seems that we are sliding slowly into a more recognizable realm, where the people we meet and the roads we drive on are familiar again.
Completing the tour's loop we are heading back: back to the Midwest, back to Chicago (and eventually Minnesota), getting closer and closer every day to lifting off (back) to Europe.
Since our last shows have been more spread out, we had some time to think about Controllar's future and what are the next steps to follow. We haven't come to a final conclusion, but we are looking into the different possibilities and eagerly discussing them in every free moment. We are excited about this band. Controllar was so well received, much more than any of us expected. We want to go places with this project and we have some great ideas on how to keep developing it. We are very proud of Controllar and of ourselves for making it what it is.
That's a good thing.
Posted by Controllar at 19:24 2 comments:

Guess who's going to see Radiohead tonight in NJ?

Monkeytown and the town of monkeys

What a crazy place. Its hard to really describe the range of emotions and experiences that washed over us in the last days. Not having a host was an alienating experience, contrasting the last 30 days of full engagement with every place, person, and all the things we simply "have to see" and more commonly: "have to eat".
In this strange calm (the eye of the storm) we tried to process all the universes and microcosmos that we've passed through. In such a city as New York, its only possible to bite off a little tiny piece and chew on that for a while. So we did.
And now we're leaving again, heading back towards Philadelphia, in order to turn around and come back here in two weeks. The wear of traveling like this is starting to show, though we're still going full steam and loving every glimpse we get into all these worlds one have to see, and eat.
Posted by Controllar at 00:03 2 comments:

Here's a small request: we just got an email from Monkeytown, saying that we have no reservation for our gig tomorrow. Reservations are handy in this venue since Monkeytown is tiny: if one wants to sit during the concert - reservation is the safe way to go.
So- we need reservations, which means- we need audience, which means: we need your help.
We want people to come and see that gig since it's going to be a sweet one: we will be playing in a great location and back to back with the local duo project She keeps bees, who makes some fantastic stuff.
So if you're in town, or know someone who's around and loves heart crunching electronics and vocals, let them know that we and she keeps bees will be playing our hearts out for them tomorrow night. here are the juicy details:
Monkeytown,
58 N 3rd St
(btw. Kent & Wythe)
Williamsburg, Brooklyn 11211
From 20:30 on
Telephone number for reservations: 718.384.1369

Posted by Controllar at 01:18 No comments: 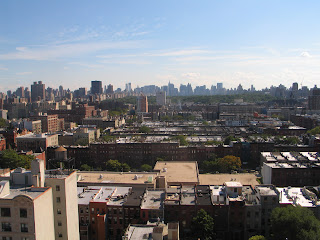 New York
New York
The cold Tom and I royally exchanged in DC is almost gone by now, but tissue papers and cough suppressants are still populating many corners of the fantastic Harlem loft we're staying in. (Speaking of the loft, on the left is a picture we took from the roof).

We haven't been on the back of a motorcycle for 3 days now. 3 full days that our trusty vehicle is balanced on the wide sidewalk, well covered and left alone. We too are left alone. for the first time in three weeks it's only us two, not even a motorcycle seat away from one another.
We've been walking around town, cooking our own meals, watching films (a stash of Almodovar dvd's was found in the loft.) we've been taking showers, talking and drinking wine. We stopped, just for a little. and we like it.
Posted by Controllar at 18:41 1 comment:

After a day of walking around the city of taxation without representation in the sweltering heat and ninety percent humidity, the feeling was one of understanding. After foraging through all the jagged, struggling, persevering cities which bid us welcome we found ourselves face to face with the symbols of American culture. Walking from the Lincoln memorial, to the Washington monument, past the Vietnam Memorial and the new WWII memorial, I couldn't help but marvel at feelings invoked in myself, the french family standing next to me, and the group of 100 Koreans as we all stood there together watching the Washington monument and the dome of capitol hill in the background.
In spite of the stalinesque WWII monument (built in 2004!?) the smell of recession lurks even here, and the further away from Constitution park we walked, the more Washington DC began to look like many of the cities we've been to.
By the time we got to U street where we were to play in the Velvet lounge, we were very much at home in the familiar dingy street where the empty lots and tattoo parlors take up the space between the bars, and the cars alternate between massive SUV's with gold rims and 24 inch subs and rusty honda accords with loud (missing?) mufflers.

As we began to set up for the evening it seemed that the lineup had changed from an experimental electronic evening, to a local death-metal show with us and one other noise art duo to bring variety to the stage. Unfortunately, in the small-time circuit which we find ourselves, this isn't the first time its happened; earlier experience has taught us that in this predicament we should not play after the death metal- if for no other reason than to spare the 4 people who came to see us. After arranging to play first, we had the luxury of a sound check (probably the only real benefit of being the opening act.) While still configuring the mysteries of the current PA system, we were called downstairs by the bouncer, claiming there is someone here to see a certain Tommy...

It was Michelle. All the way from Minneapolis. Apparently, my sister has just left her comfortable predictable life to pursue an opportunity in the equestrian world of Virginia and happened to be close enough to DC to surprise us! All of these things together held the promise of a truly unique event.

As we crawled to the small stage on the second floor, most of the metalheads quietly drifted downstairs to the bar to wait for the real music. But as our first song filled the PA with heavy distortion, the hall began to fill. By the time we quoted Kurt Kobain's "but I can't see you every night..." everyone from the bar was upstairs again. As the last bass note ended, a thick infinite silence filled the space; no one knew what to do, or what had just happened. Slowly, someone in the back began to clap. More people joined in. we couldn't see their faces, but we could hear them. someone whooped. We realized at once that our little oiled machine is working, even in the face of the long haired, short lived mosh pit lovers. By the time we finished our set with I can't deny it, there was a pulsating unity of everyone in the club, lots of moving heads and hips, and an overall slightly pop drunk joy.

Later, packing and taking turns keeping an eye on our merch table, we were still surprised to see t-shirts & buttons finding their new homes in DC. Lots of people came to congratulate us and tell us what they thought, what it meant to them, express their frustration that we had no Cd's and promise to stay in touch.

At 3am, we rolled into a kebab joint down the street from the Velvet and filled up on a strange mix of Mediterranean goods. We quietly walked into Tamar & Uri's studio. We slept deeply, dreaming that we too had a long dark hair, an old slayer T shirt and a secret love of pop music.