If you say run, I'll run with you 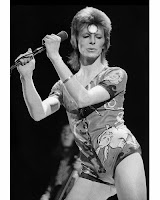 Is it already time to sum things up?
I guess it's too early, since there is still leftover mascara on my eyelashes from last night's show, and we still got one more show tonight here in NYC.
should I put new mascara on or should I stick to what's already there?
(I do love the moment before going on stage when Thomas and I are putting our makeup on. when we're both squeezed in front of some dirty mirror in some girl's toilet somewhere. Thomas is always faster than me, but then again, that's Thomas for you: queen of efficiency.)

last night someone told me: "the lit lounge in New york, it's a great place! just don't put your drinks on the ground, they have cockroaches."
cockroaches are not a problem. Just make sure that the monitors work.

and then we'll take off our make up, all of it, pack up our suitcases, put on our red shoes and dance the blues.

The sentimentality of the tour is quickly catching up with us. After leaving our new friends in Danbury, we found ourselves sailing across a magic winter wonderland. Reflecting on the quirky moments that have piled up during the last week. Its been truly an amazing adventure- yet again, with so many different angles, sunlight from behind, and the large moon hanging low in front of every freeway we slide into.

Many sounds, and so many songs brewing, waiting for calmer days to be written. Many new friends, new places to visit, and plans for an imaginary future.

T
Posted by Controllar at 02:02 No comments:

just glossing over all kinds of amazing times 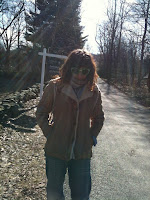 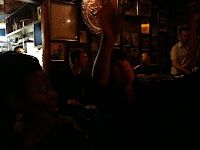 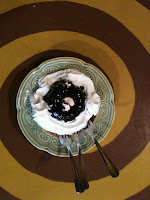 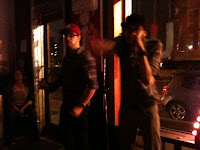 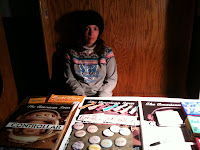 the sun shines on

well the world is going up. and we're going with it.
it's been a lovely time in DC topped with galaxy hut for dessert. the eubonics were absolutely rocking
and we couldn't have imagined a better way to be in DC. thanks to everyone for coming out and hope to
see you all again soon.

Posted by Controllar at 17:38 No comments:

A full week ahead

As Anat is cooking a chavita, on yet another persons enormous gas stove. In a kitchen full of food of all kinds and no kinds.

Tonight we start, it feels like, the tour we were looking for. Play, drive, play drive, there's a kind of rhythm that we were missing. Something which creates a struggle- where energy needs to be invested in order to see results. Jagged cities, and empty halls. Between these worlds have been suburban parking lots and landyachts of excess. Now we will leave it all behind, and we are oh so happy to dive in.

T
Posted by Controllar at 17:40 No comments:

Who's afraid of Virginia (woolf)? 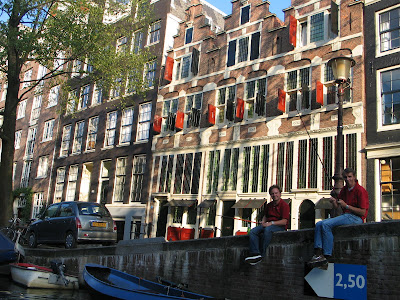 It's rainy and wet outside, and we're both sitting next to the warm fireplace (Thomas is sitting right across from me, his face is glowing in the light of the computer screen.) It's very peaceful here in Virginia. Sweet Erin left a few hours ago to the barn to take care of the horses. We will join her later, and I might get a chance to ride a horse for the first time in my life.
This day off is basically an internet day, and we're happily plugging ourselves into the wifi, trying to dust off the corners of our very many lives here, there and everywhere.

But the world feels hard today.

Maybe it's the weather, or maybe it's the ungraspable discomfort of the suburbs. I don't know. Right now I just miss Amsterdam and our urban family. I miss the little compulsive ceremonies we conduct in the city and the allusiveness of my existence there, where most of time I don't even know how I got to be part of it all.
I miss a particular kind of disarray, and a few very specific couches in loved living rooms across town. But I think I got a temporary solution for all this yearning:

I'm gonna go listen to Patti Smith.
I'll look at some pictures.
and I will never NEVER wash my hair again.

Everyone please help us spread the word about our new show in Cedar's lounge in Youngstown Ohio this friday!!

hope to see you there,

reap what you sew 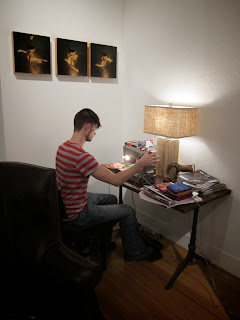 Posted by Controllar at 19:13 No comments:

Some one in brooklyn told us that there's no reason to leave New York because eventually, everything ends up (t)here.

After the last 4 days in that city, I can completely understand what they mean. We have been through so many parallel universes, let alone the different people and their different walks in life; the diversity between Harlem and Brooklyn is incomprehensible. Even between Green point and Bushwick, you're spit out of the metro into a reality which only shares a common skyline with the one before.

One of the the realities we were recently plunged into was a club full of dark red satin, red fish in crooked aquariums hanging on chains, and the best sound system Controllar has seen to date. Le Poisson Rouge, happens to be (as their menu so clearly states) a mecca for eclectic and multimedia/crossplatform nonsense. Once you buzz word the menu like that, one must expect something exceptionally extraordinary to live up to the tall order of everything which is new, relevant and groundbreaking in the world of music. Why controllar was playing there is still a bit of a mystery, but we like that... mystery.

On this special Martin Luther King Weekend, Inon Barnatan invited Controllar to create an eclectic program consisting of the musical treatement of song as poem and poem as song. Mendelssohn, Ravel, and Thomas Adès rewriting Dowland "In Darkness Let Me Dwell" complete with a stunning performance of the original by a counter-tenor and guitarist. Anat also performed a special piece in this first half written by a composer in New York named Gregory Spears.

To follow such a program is something which Controllar never had the pleasure of doing. In all honesty, it was very daunting, and we were nervous of the reception (or lack thereof) which might accompany it. And I can assure you, the first notes of "You do it all the time" were explosive. Not because they're particularly explosive, but simply because of the element of surprise which they contained in this context. By the time PH came on the menu, we felt a genuine pleasure from our audience, and no one regretted the second helping of "eliot" for dessert.

Before we realized it had begun- it was over. This is every concert, every drive, every day. Now we're in Pittsburgh, enjoying the magnificent weather, and the wonderful speed of life which this "American Tour" entails.

Thomas
Posted by Controllar at 17:59 No comments:

Posters are coming your way 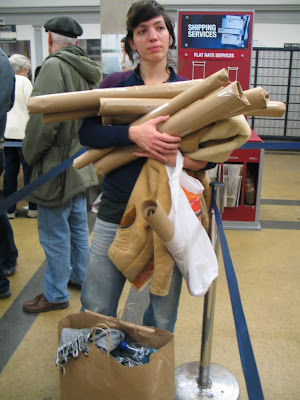 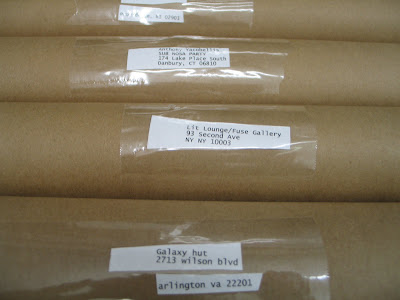 Posted by Controllar at 21:47 No comments:

CD release in the Nieuwe Anita

The last weeks have been some of the most intense in our lives; and besides that, we were mastering, printing and sewing our new CD 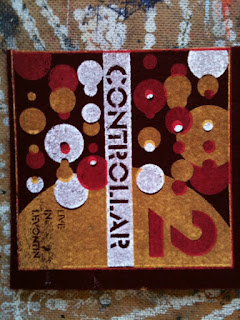 It was an enormous amount of work, and we loved every bump and snowy maneuver along the way.

After finishing sewing the covers yesterday at four thirty, we packed it all up and tied it tightly to our bikes and braved the snowy roads of the Amsterdam winter to arrive at the Nieuwe Anita.

We did, and many other people did as well! There was a magical electricity, perhaps from the extreme cold, or the low ceilings, but the Nieuwe Anita was alight with cocktails, and January passion. And we felt it, and we breathed it, and it was good.

We want to thank everyone for coming and joining this amazing Subbacultcha party, and making it such a wonderful CD release experience!

And now, now we're ready. The tide will go back out, and we'll fly away with it, to write about a whole other set of adventures. But it all started here. It was just so very fine.
Posted by Controllar at 11:35 No comments: